From diaries of an expat

After living about Nine years abroad, I recently finished yet another annual visit to Pakistan and as usual it left many impressions.

Meeting a Stranger, route to Karachi
I landed in Lahore from Doha and right away my next destination was Sargodha. In Daewoo Bus, a man sitting next to me gave me his British visa rejection letter (written in English) to tell him translation. The main highlights of that letter were:

• The man was declared a Lawyer with a certain monthly income in his visa application but his bank account transactions record was a bit suspicious for British embassy.
• British embassy was doubtful about how he would mange his living during his stay and showed their concern that he would slip inside UK as illegal immigrant.
• Any future visa application with similar application was most likely to be rejected.

I explained him about the idea of letter and he nodded his head in reply. He was termed Lawyer in the letter, so l was thinking why a qualified person would ask anyone for translation of a letter. Soon I found out that the document processor only showed him as lawyer which he was not in reality. By conversation I found out that, he was Desperate to get out of country by hook or by crook. He gave examples of his brother and other acquaintances who made impressive progress after getting abroad. I said “ What wonders a person would do abroad if he could not anything here in Pakistan”. He replied “A man would do anything abroad, we all have dreams for our children”. He was repeating that “There must be some wisdom from Allah(S.W.T) and I will find my way outside as I am trying my best” but the amazing aspect was that he was not concerned about the deception/fudging in papers at all. To avoid guilt afterwards, I conveyed the importance of avoiding foul play but with very less use. Fraud and Tawakkul side by side, Ahhh. He went on his own way and me on my own at the Bus station…

From Sargodha, I went to Faisalabad for a 1 day brief stay. I found unusual support for the ex-prime minister Nawaz Sharif who was on roads during that time. I was so surprised to see a complete difference in opinion where all issues related to him & his rally were somehow given favored shape by his supporters.

I had booked my tickets via Pakistan railways mobile application few weeks back, a good facility for train travelers. Journey from Faisalabad to Karachi through Karakoram Express was as smooth as a whistle. Hat’s off to railways management, keep doing good work.

Winning a Lucky Draw
Only after few days of stay in Karachi I received a phone call in which a person verified me my full name with NIC and mobile number and gave me good news of winning a Toyota 2017 GLi model. This was due to purchase of Sundar foods item during last year and filling a lucky draw form, back of the mind I was thinking I never filled such form. Anyhow, he further explained their presence in Pakistan forwarded me an sms asking to contact their manager within 3 days to claim my car. I never contacted them and they never came back thereafter. Why an Organization giving away such an expansive prize was unable to deliver it at my doorstep, a definite scam attempt spot-on exactly during my Pakistan visit. 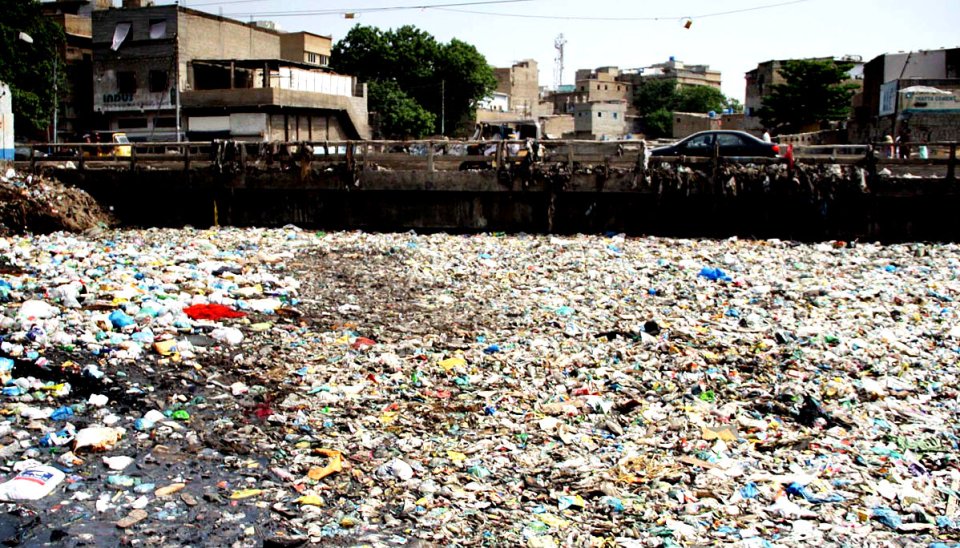 City of lights is now city of Garbage. I was most of time roaming around in Landhi-Korangi area. Most roads and streets were flooded with Sewage water, which become worst during raintimes; everywhere on the outskirts, garbage was present.  The shortest journey of 1.5 kms from my home to Babaer market was occupied with two dangerous ditches filled with sewerage water, vehicles had to slow down and proceed through the notched area and Motorcyclists were almost sure to get some dirt on their clothes.

Me and my wife somehow managed to survive and  passed through reasonable health condition but Kids were severely effected due to all the filth around. I had to make at least 10 visits to nearby Awadh Hospital. Awadh’s staff was also amazed at our situation and frequent visits/issues.

System is not working I Karachi. Governments sweepers and Garbage is scarce. Most areas are having privately managed garbage pickers. Even they get absent very often stopped by Party walay. What would Kachra Politics give to smart politicians?? ”Party Walay and Establishment” are two strange terms I am unable to fully understand since my childhood.

I saw perhaps the biggest Lightening and Thunderstorm during this visit. It was a contrast situation when it was raining. The residents of new houses were enjoying inside their cozy setups while the inmates of low levels houses were throwing water out with the help of buckets. There was no issues inside my new house but this difference of situation hit me quite deep down as I recalled my school days when me and my family had to do the same to throw water out of our home to save out appliances and other households. Above all cruel realities, innocent children were running from here to there in the street making a lot of fun and enjoying the rain time.

A night before EID when it was last heaviest rainfall of the stretch, I was in the Babar market for monthly shopping with family. It started raining when we were in the middle of the market. As we made our way out, water was flowing like a river. No Rickshaw or Taxi was ready to drop us, there were dozens people sorting out how to escape this situation. At last, I decided to move on my bike. I was quite confident on my Super Power 70 CC bike which once saved my in a similar situation from Defence to Landhi; but that time I was alone…I managed to start my bike but biggest problem was ponded water on road under which the uneven road and open manholes were hidden and you never knew what’s going to happened next. I switched ON all of my senses and followed the wheel path of vehicles ahead of me. Occasional thunder , heavy rain, haphazard traffic, wife and 2 kids doing their own things and above all all unseen and unexpected hazards ahead; it was one of scariest ride. At last we reached our home crossing all dangerous waters and/or rain mixed with sewage water with a fear factor of some broken live electricity wire…

K-Electric
In our area, scheduled load shedding is being practiced but during my visit K-electric showed all its hidden talent to us. Some days were normal load shedding, some days unexpected breakdown. A day was amazingly free of load shedding. There were shocks of 2-3 brief switch-offs on Eid’s 2nd day. Our old house which is vacant these days was labeled as “ Kunda Use along meter” on the Bill and I cannot explain amount of pain felt due to this thing as we have never done such a thing. Whose problem is to make fully recovery and avoid losses? What about those honest users who never steal electricity but face load shedding due to losses in their area? Such discriminant behavior must end soon!

Qurbani
I decided to only go to Mandi one day before EID and so was materialized when we moved from our home to Bhains Colony for Jaanwar Purchase. We were 7 people and got onto a messed up open to sky Suzuki. Cloudy weather and uneven roads made it like an adventurous Safari ride. Market rates were down due to rainfalls and we manged to purchase escape goats on reasonable prices. Qurbani was smooth, we cousins and family did justice with numerous goats on the day upto 2:00 pm before getting too tired. Area was free from any fear of snatching animal skin. Relevant people were gathering remains of animals. The painful thing was to do Qurbani in between sewage waters as gutters were overflowing everywhere. Young boys spent a lot of time in visiting Mandi, puchasing animals and taking care of them right till the end. They had to provide security Guard services too for the animals at night.

Government must make big slaughter houses to avoid hygienic issues emerging after the Qurbani. The Festivity, activities and mess Qurbani practiced in Pakistan is perhaps the one of its kind in the whole world. You can not imagine anyone doing private Qurbani at their homes elsewhere…

End of Trip
On last day, we attended a decent ceremony of Bismillah and Ameen of kids arranged by our cousin and his family. Similar to all passed years, I was once again saying good bye to loved ones with some cheerful memories sensing some unsaid words in their eyes, leaving some undone tasks; leaving my beloved country…

Whether I am back to reality or have I left reality; I do not know at this stage. Pakistan Zindabad, Hamehsa!

This Blog has also been published at following links: